Anthropologist and parapsychologist Doctor John Montague, hoping to legitimize the field of parapsychology through groundbreaking new research, invites a carefully-selected group of psychically sensitive individuals from around the country to spend part of the summer at Hill House—a manor in the northeastern United States with a reputation for being deeply haunted. The only two people […]

In this heartfelt and powerfully affecting coming of age story, a neurodivergent 7th grader is determined to find her missing best friend before it's too late.

Things never seem to go as easily for thirteen-year-old Frankie as they do for her sister, Tess. Unlike Tess, Frankie is neurodivergent. In her case, that means she can't stand to be touched, loud noises bother her, she's easily distracted, she hates changes in her routine, and she has to go see a therapist while other kids get to hang out at the beach. It also means Frankie has trouble making friends. She did have one--Colette--but they're not friends anymore. It's complicated.

Then, just weeks before the end of seventh grade, Colette unexpectedly shows up at Frankie's door. The next morning, Colette vanishes. Now, after losing Colette yet again, Frankie's convinced that her former best friend left clues behind that only she can decipher, so she persuades her reluctant sister to help her unravel the mystery of Colette's disappearance before it's too late. 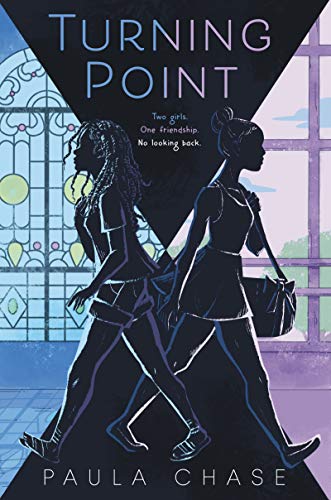 When being yourself isn't good enough, who should you be?
Best friends Rasheeda and Monique are both good girls. For Sheeda, that means keeping her friends close and following her deeply religious and strict aunt’s every rule. For Mo, that means not making waves in the prestigious and mostly White ballet intensive she’s been accepted to.

But what happens when Sheeda catches the eye of Mo’s older brother, and the invisible racial barriers to Mo’s success as a ballerina turn out to be not so invisible? What happens when you discover that being yourself isn’t good enough? How do you fight back?

Paula Chase explores the complex and emotional issues that affect many young teens in this novel set in the same neighborhood as her acclaimed So Done and Dough Boys. Friendship, family, finding yourself, and standing your ground are the themes of this universal story that is perfect for fans of Jason Reynolds, Rebecca Stead, and Renée Watson.