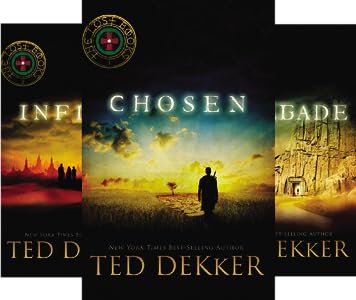 Thomas Hunter, supreme commander of the Forest Guard, has seen a great evil decimate much of his beautiful world. With a dwindling army and an epic threat, Thomas is forced to supplement his fighters with new recruits ages 16 and 17. From thousands, four will be chosen to lead a special mission.

Unknown to Thomas, the chosen four are redirected to a different endgame. They must find the seven lost Books of History before the Dark One. For these seven books have immense power over the past, present, and future, controlling not only the destiny of their world . . . but that of ours as well.

Click here to access the SAPL catalog listing for the first book in the series, Chosen: https://mysapl.bibliocommons.com/item/show/46173172

Click here to access the SAPL catalog listing for the graphic novel adaptation of the first four books in the series: https://mysapl.bibliocommons.com/item/show/62774172